We started our work for the Czech Badminton Association in 2020 by redesigning its visual identity, and we have been their brand strategy consultants ever since. 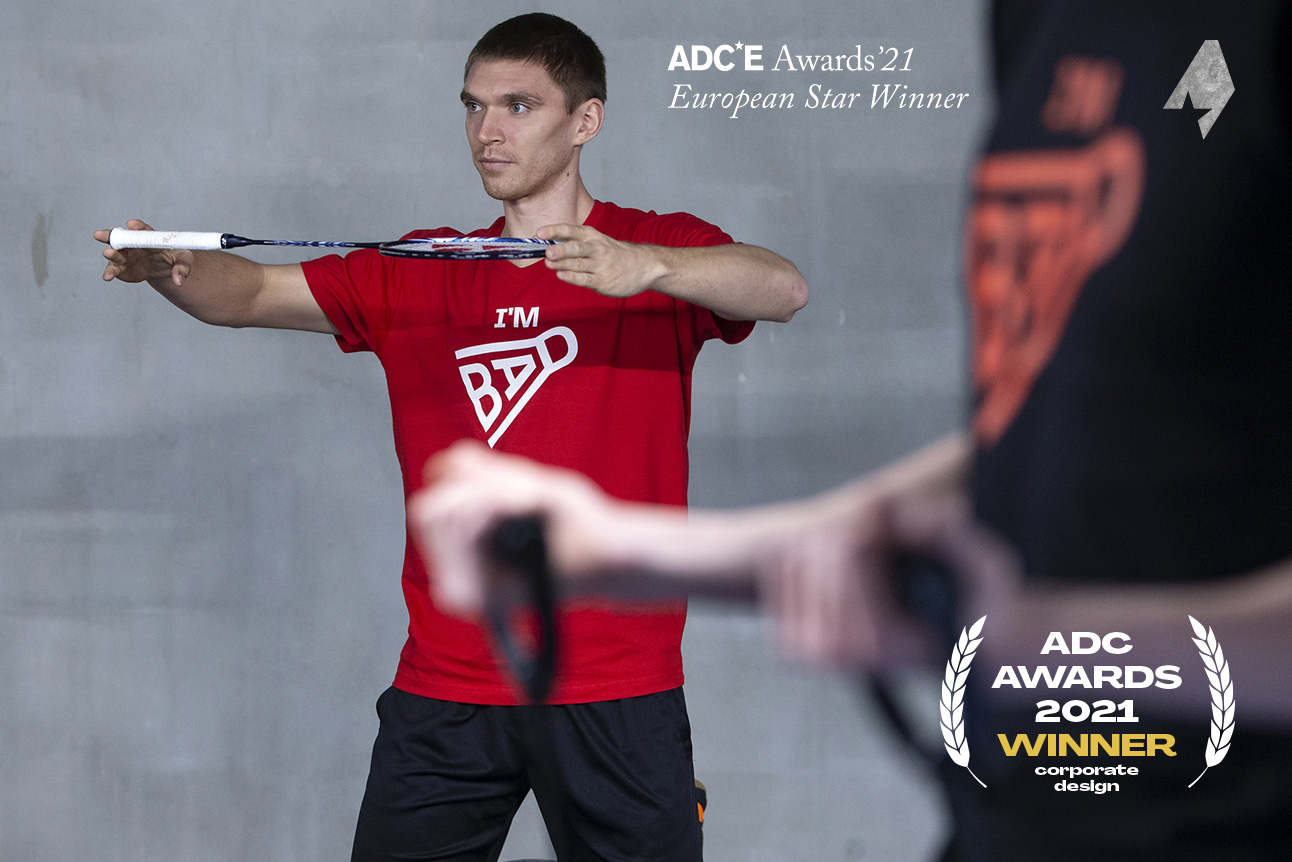 With the change in leadership, the Czech Badminton Federation decided to take a significant step and it was a new visual identity, which was to show everyone that Czech badminton is becoming more professional and keeping up with the world's best A year later, the new identity of the sports federation was awarded a victory in the ADC Czech Creative Awards 2021 and a european Bronze Award.

Creating an identity for any sport is something special, and it also comes with a lot of responsibility. We didn't want to use the notorious national symbols such as the lion and the flag. The unique element of badminton is the ball, which we managed to compose with simplicity and minimalism from the word bad, which brings emotions to the symbolism and gives the whole identity a badass opinion. During the creation of the logo, it was necessary to keep in mind that it would be seen during international tournaments. At the same time, it has to keep up with the trends to attract the youth and, above all, to be suitable for any print materials, items or team clothes.

Shortly after its unveiling, the new identity of the sports federation was also noticed by foreign media, and the design portal Worldbranddesign.com, for example, mentioned its reference.